As a partner at Caress Worland Law Group, Lance Worland dedicates his entire practice to assisting individuals who have been injured or killed by the carelessness of others. Lance gained first-hand and invaluable experience advocating for injured persons while clerking throughout law school at an Indianapolis personal injury and medical malpractice law firm. He knew right away that he wanted to shape his career around this area of law, and he has not looked back since. This is the only area of law that Lance has ever practiced – and he dedicates 100% if his professional efforts to advocating against insurance companies and other businesses on behalf of people who have been injured and famiies of those who have lost a loved one due to wrongful death.

Lance assists clients through all stages of injury and wrongful death cases, beginning with the insurance claim stage. If a claim cannot be solved fairly, Lance assists his clients with every stage of litigation and all the way up to a jury trial when necessary. Lance has handled cases in many counties throughout Indiana – counties extending through the entire State of Indiana, from highly populated urban counties to Indiana’s less populated rural counties.

Because he credits much of the opportunity in his life to his high school experience and education at Cathedral High School, Lance takes an active role in his alma mater’s affairs and tries to make a positive impact on young people. He is also a parishioner at Holy Spirit Parish at Geist.

Lance is proud to be a member of the Indiana Trial Lawyer Association’s Young Lawyers Executive Board. Further, his success in assisting personal injury clients has gained consistent notoriety, as Lance Worland has been named a SuperLawyers Rising Star every year since 2017, which is a distinction given to only 2.5% of lawyers in the State of Indiana.

Outside of work, Lance views his roles as a father and husband as paramount – and enjoys spending most of his free time with his wife and two daughters. 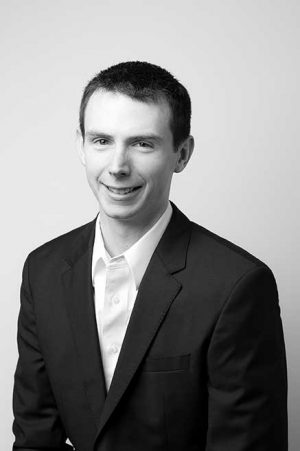